Overview of the app here.

Today, I have applied to the iTunes Connect PressSync Version 1.0.0.
It will be released in about a week later.

I will officially release PressSync at Saturday, 3 May 2013, 15:00 (GMT).
Thank you for participating in the beta test.

Promotion code is valid for version 0.0.2.
If you are trying the app, please continue to use without purchase.

There is an upper limit to the payout promotion code. It has been distributed a promotional code on a first-come-first-served basis.

Please do not open the links below no person interested in the application.
Promotional code is here.
Install PressSync
(30 promo codes is included)

If you were unable to install, please contact me if you want to try out PressSync absolutely.

Big trouble is not found in the application, and then publish the Version0.0.2.
The day before the release date, I will announce on this blog again. 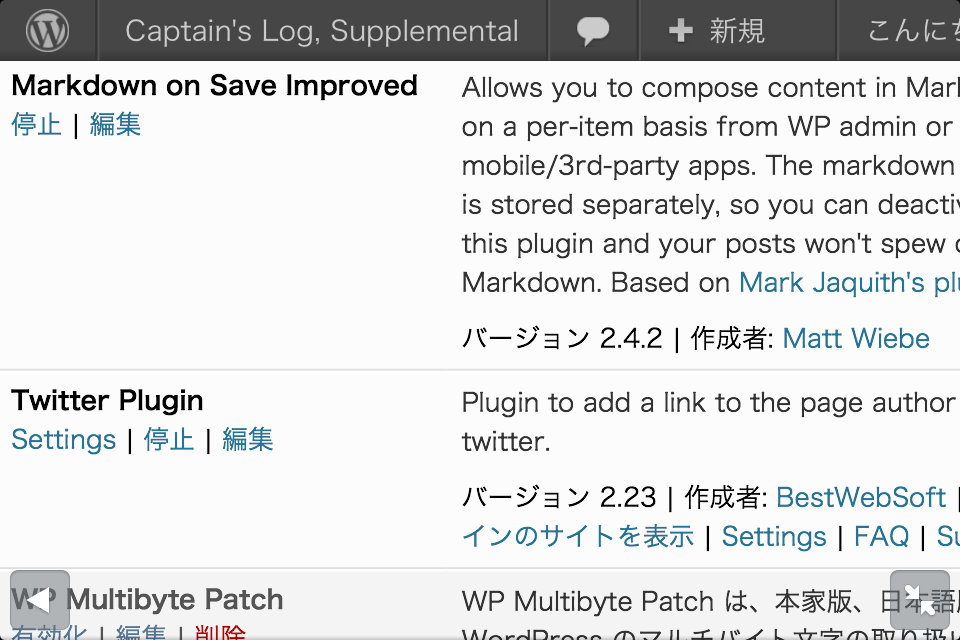 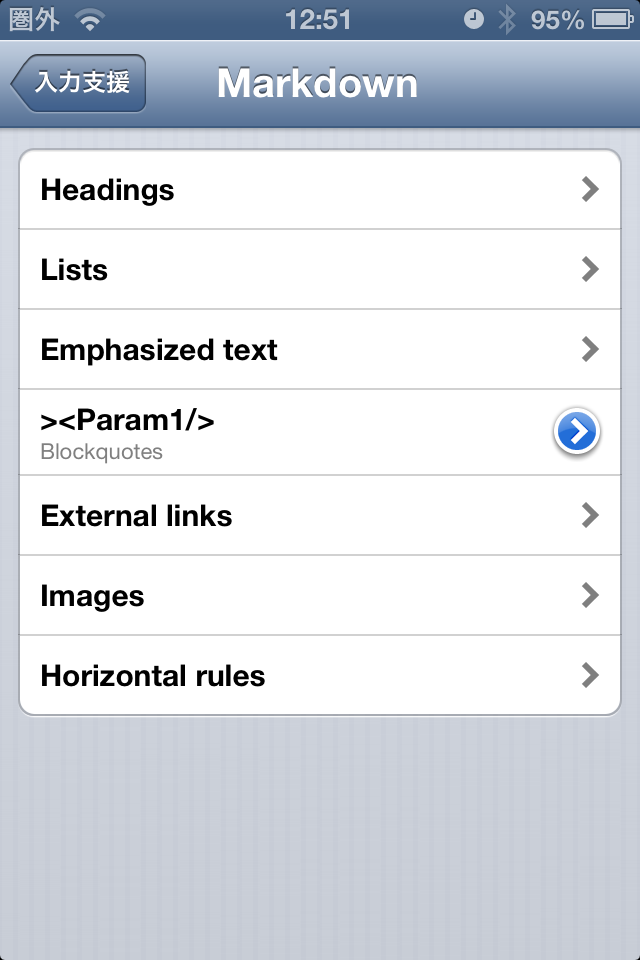 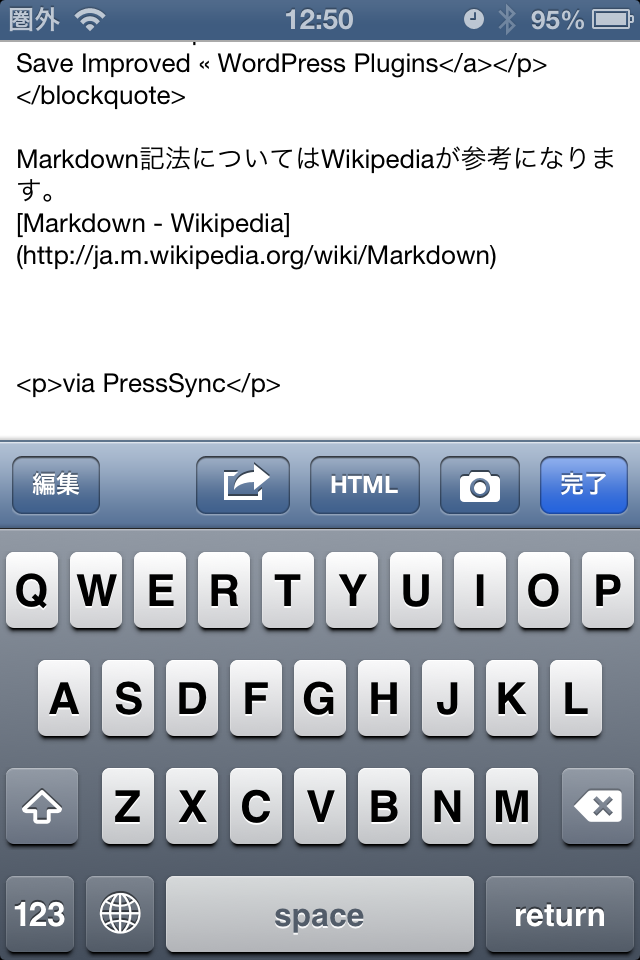 I am released in AppStore to develop iOS app a few using the Xamarin Stduio (monoTOuch).
I use this IDE It is made in the third year now gets iterated once more in the hope, but it is growing daily evolution and stability.

Has been developed based on the monoTouch Xamarin Stduio that was released recently, is the new IDE UI for me.
So, it is not yet familiar with the operation of the Xamarin Stduio, I’m using only monoTouch yet, but the design of Xamarin Stduio because it is very sophisticated, I want to get used to gradually.

The reason I use the (monoTouch) Xamarin Stduio is because can develop iOS app in C #.
LINQ in C # is easy to write very much to write asynchronous processing technology is essential in order to develop a smartphone app.
Also, I so developers of Windows, the things that can divert the code of the application made for Windows so far.
Because it is a development language that is familiar, there is almost no technical questions in the development.

That is why I think for Windows developers, and it is an IDE that dramatically increase the productivity of iOS app development (monoTouch) Xamarin Stduio.

In fact, development effort of iOS app that I have developed very short. I am doing in my free time the iOS app development, but I’m making an app at a pace of about one book in 3-4 months approximately.

I did not expect to be able apps, which are built on the cross-platform environment is highly acclaimed.
The user will not notice that the app I created is made of special development environment.

I am not without dissatisfaction Xamarin Stduio to (monoTouch), but I hope update is performed frequently.
And I hope Being able to input Japanese in the IDE soon.

The other day, I was looking for beta testers PressSync, but are struggling to not gather easily.
So I will publish the URL for the installation of the application to be able to use to the general public.
I be sorry. There is a limit to the number that can be installed, that you become first come, first served.

Please do not open the links below no person interested in the application.

Overview of the app here.
PressSync – WordPress Editor for iOS

Today, I have applied to the iTunes Connect PressSync Version 0.0.2.
It will be released in about a week later.

I have developed a PressSync, and released in AppStore.
But is set at a future release date, it is the state that is not open to the public yet.

Could you tell me your impressions using PressSync?
I will give a promotional code to volunteers.
Overview of the app here.
PressSync – WordPress Editor for iOS

Volunteers, please leave a comment for this post. (Please enter the exact E-Mail Address and blog URL)
Please contact me in English.
I do not moderate comments on this Page. So your comments will not be published.

If you determine that you are using the app, it’s not a useful app, please stop using the app without reporting to me.
I am not good at English, so if you find any mistake in the text, please report to me.

I would like to publish(Tire5) in May this app. 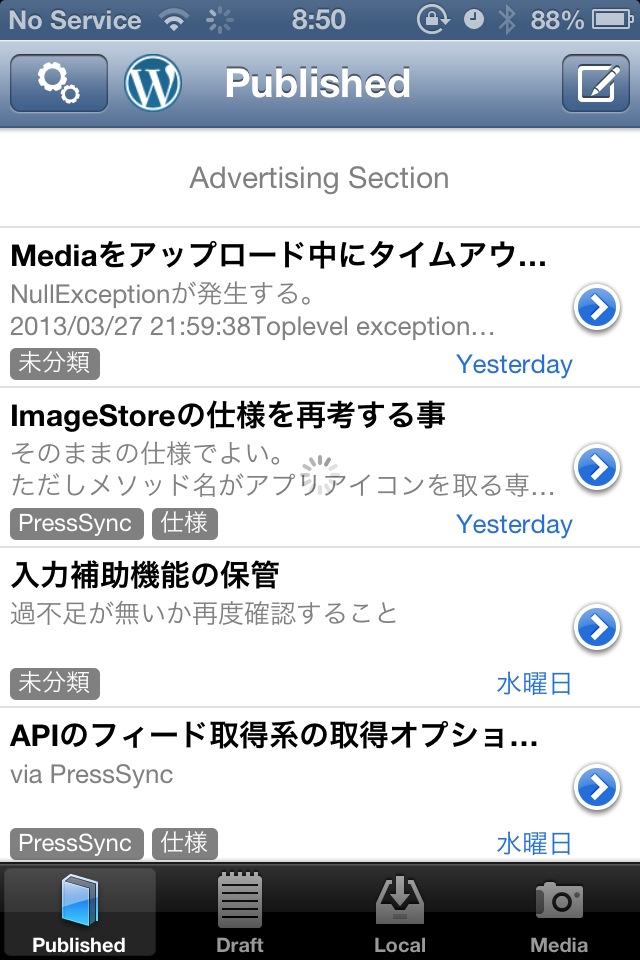 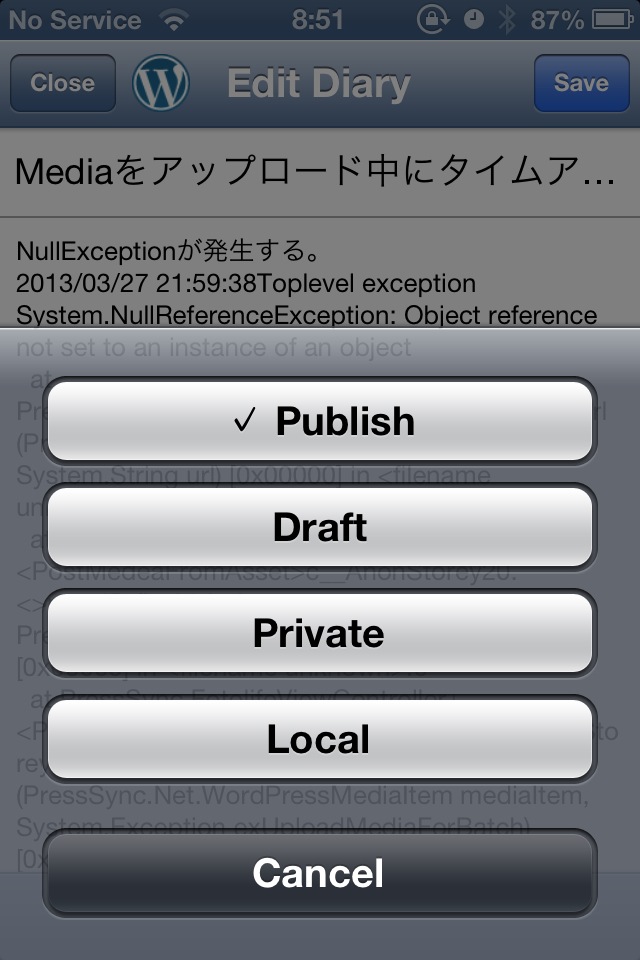 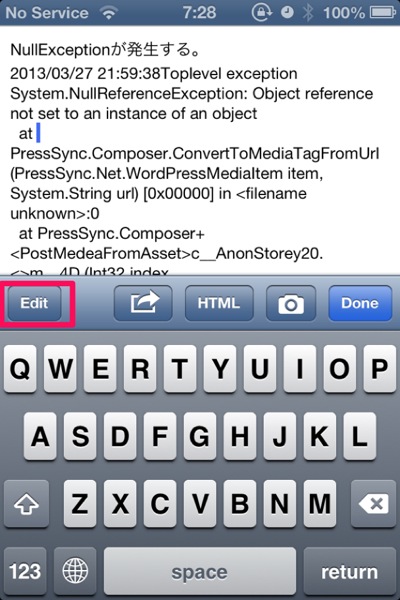 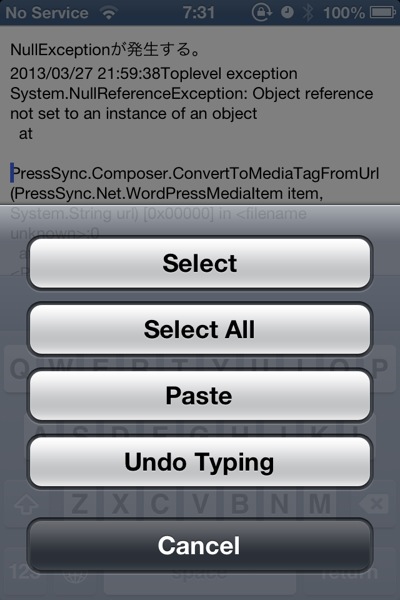